The 247 thousand Euros tender of University of Prishtina, is awarded to a company that did not meet the requirements

In July 2020, the University of Pristina (UP) had initiated procurement activity through an open procedure, to build a secondary road which would connect the Faculty of Agriculture and Veterinary (FAV) with the main road. Three economic operators submitted bids for this tender, for which an amount of 250,000.00 Euros were foreseen.

For the tender in question entitled “Continuation of the project at the Faculty of Agriculture and Veterinary (FAV), road construction”, B.I Halit S. Rama was announced as the winning operator who submitted a bid of 247,541.00 Euros.

The requirement for awarding this contract was a responsible bid with the lowest price, but if you are to look at the bid, that of the winner turns out to be the most expensive. The other two participating bids offered a significantly lower price, the consortium led by the economic operator IR Project offered 187,308.00 Euros or 60,233 cheaper and that of the economic operator Mak-Building L.L.C. which offered a price of 200,194.00 Euros.

The bids of the two economic operators were considered irresponsible on the grounds that they did not comply with the requirements set out in the Tender Dossier and the contract notice, while the research findings show that the winner did not have responsible bid either.

So, the Procurement Office of UP assessed the bid of the operator Halit S. Rama as “responsible”, despite the fact that its offer did not provide evidence for a successful completion of projects in similar fields – for roads and sewers – worth not less than 350,000 Euros, a requirement of the Tender Dossier. In the list of works performed, the company Halit S. Rama did not present any project in the field of road or sewerage construction. It only contains works performed in the field of construction, which include waterproofing, flooring, insulation, etc.

Even in the register of the Business Registration Agency (ARBK), this company does not appear to have the scope of activity in the construction of roads and sewers. The ARBK certificate lists construction of residential and non-residential buildings as the primary activity of the company Halit S. Rama.

On the other hand, the bid assessment commission had eliminated the group of economic operators IR Project; Excavator Company L.L.C.; N.N.P.T Engineering, with an offer of over 60 thousand Euros lower than the winning company, on the grounds that they lacked ISO certificates – respectively were not notarized – and on the grounds that the project manager, the operator did not provide the certificate for crystalline repair and protective waterproofing systems.

In the documents provided by the University of Pristina, it was found that the group of economic operators, led by IR Project, provided valid ISO certificates, which the commission could verify online, or request for additional information from the group of economic operators as provided by public procurement legislation. Meanwhile, the second offer with the cheapest price, that of the operator Mak – Building L.L.C, was eliminated on the grounds that it lacks the required engineers.

The works on the road that connects the Faculty of Agriculture and Veterinary with the main road have been completed according to the deadlines provided by the contract management plan. Despite the fact that the contractor had completed its part, the contracting authority did not manage to fulfill its financial obligations to this company, in which case the state budget was damaged by around 2 thousand Euros.

UP fails to fulfill its obligations on time, loses about 2 thousand Euros of the state budget

Six months after the deadline set by law, the University of Pristina had not fulfilled its financial obligations to the operator Halit S. Rama, winner of the contract for road construction. Delays in payment of liabilities have occurred due to lack of control regarding the payment of invoices.

As a result of failure to fulfill such obligations, the operator has engaged the private bailiff Fadil I. Hoxha for debt collection. The private bailiff has proposed to the Treasury Department in the Ministry of Finance, to freeze the UP accounts and transfer the amount of 100,119.00 Euros, owed according to the invoice No. 35-220-001-20, dated 2 October 2020, in the bailiff’s account.

Based on the documents, the MoF approved the order of the bailiff issued on March 23, 2021, five months following the issuance of the invoice. Thus, the enforcement procedure has incurred additional costs to UP from the budget in the amount of 1,995.00 Euros, as well as another 109.00 Euros for enforcement fees.

UP has been asked for clarifications about the fact of announcing an irresponsible company as a winner, as well as the failure to timely fulfill obligations arising from the contract. This institution provided access to public documents but did not respond to additional questions which were addressed to the Secretary of the UP and the Chief Procurement Officer via email, on April 26 this year.

The economic operator Halit S. Rama did not answer the written questions either, where he was asked to document if he possess any other evidence for the professional experience of the geodetic engineer, for which he provided references only for 2 years and not 4 as required in the Tender Dossier.

This article was first published at Paparaci.

This article was produced under the project “Good governance: stronger public procurement and policy-making” funded by the European Union and implemented by Democracy Plus (D+). Its contents are the sole responsibility of the author and do not necessarily reflect the views of D+ or the European Union. 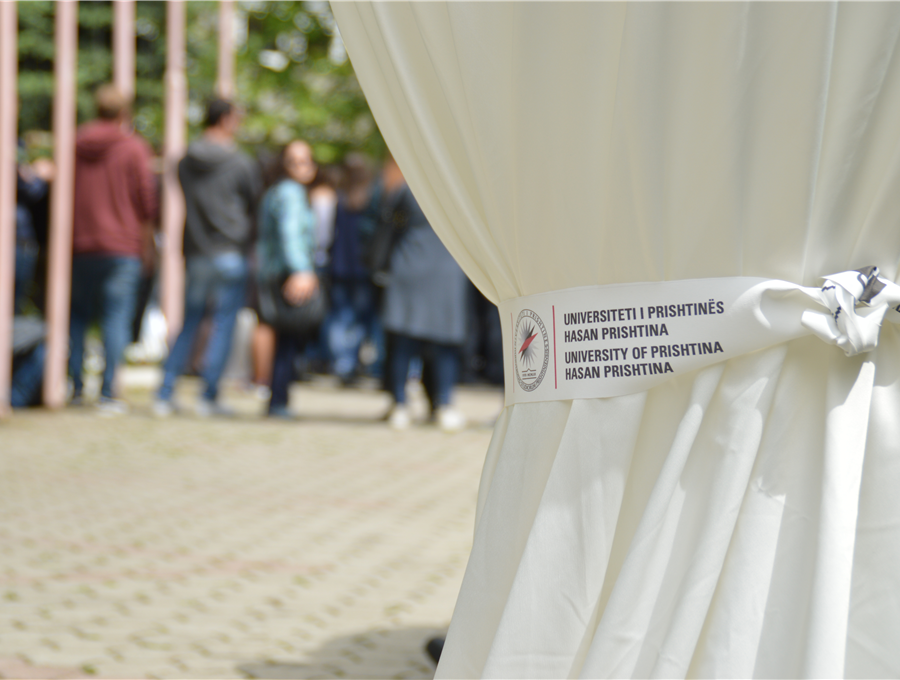