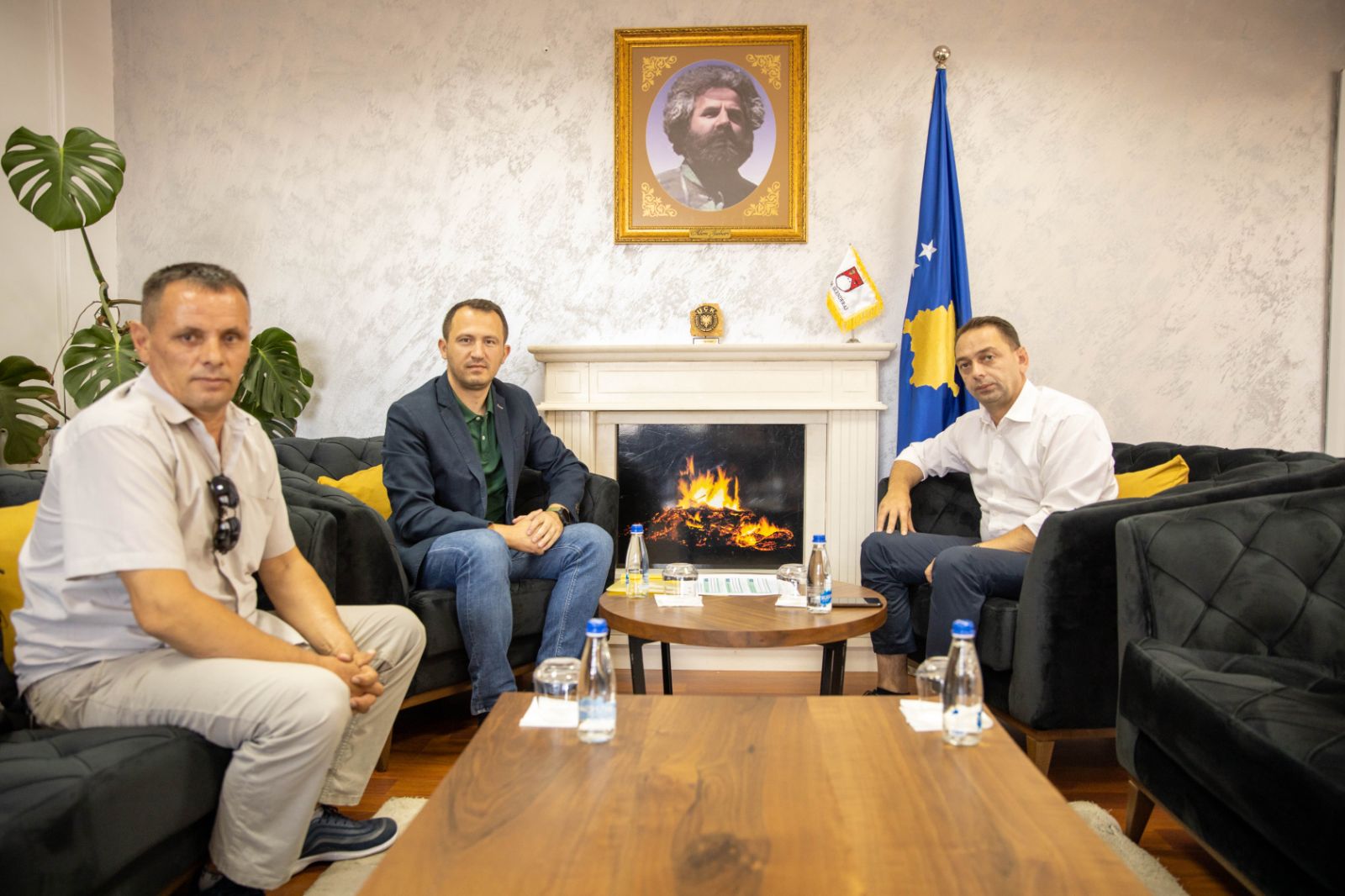 Albert Krasniqi from D+, together with Milazim Mustafaj from the Skënderaj Civic Initiative in the capacity of the local partner organization, met today with the Mayor of the Municipality of Skënderaj, Fadil Nura. In this meeting was discussed the progress in fulfilling the election commitments of Mayor Nuraj, which emerged from the public meetings with citizens organized by D+ during the campaign period for the 2021 local elections.

Mayor Nuraj has reconfirmed his pledge to fulfill all 21 signed pledges. Some of the commitments are already in the implementation phase, such as the construction of the Rehabilitation Center for Persons with Disabilities. Meetings with mayors of municipalities are being held within the project “Forum for Citizen Dialogue”, which is supported by the Olof Palme International Center.

D+ meets with the Mayor of Kamenica Kadri Rahimaj

Democracy Plus meets with the Mayor of Skenderaj Fadil Nura ...

Democracy Plus meets with the Mayor of Obiliq Xhafer Gashi t ...