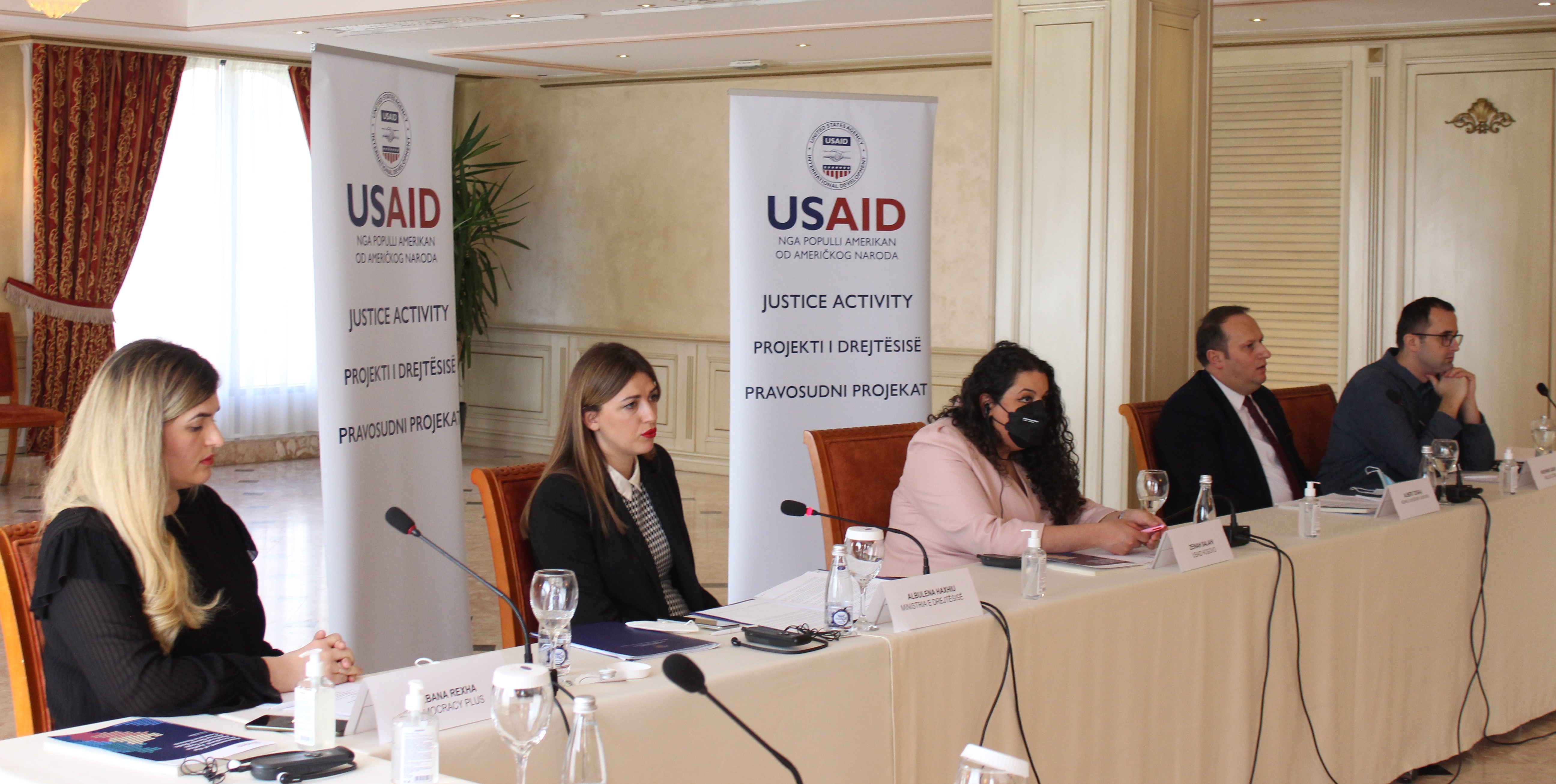 Democracy Plus (D +) on Tuesday held a roundtable discussion where the policy report was presented on the topic “Evaluation report on the application of procedural justice in the seven basic courts of Kosovo.”

This report assesses the level of court user satisfaction with the services provided in Kosovo’s seven basic courts, and finally provides a set of recommendations aimed at improving the implementation of procedural justice.

Participants in the panel discussion were Zeinah Salahi – USAID Mission Chief in Kosovo, Albulena Haxhiu – Minister at the Ministry of Justice, Albert Zogaj, Chairman of the Kosovo Judicial Council and Kreshnik Gashi, Editor-in-Chief of KALLXO.com.

In addition to the suggestions from the participating panelists, in this roundtable discussion  some recommendations were given by D+ including:

You can read full report here

D+ meets with the Mayor of Kamenica Kadri Rahimaj

Democracy Plus meets with the Mayor of Skenderaj Fadil Nura ...